Magick For The Millennial Mind

Welcome to another Magickal Musings discussion! Today, we discuss one of the most popular esoteric images, the pentagram!

The pentagram, in a nutshell, is the familiar symbol of the five-pointed star, composed of five interlacing lines. The mere sight of this symbol brings up lots of different connotations to people from all walks of life. The following is my experience with this ancient symbol, and how I’ve learned to understand it. Depending on your experience, this may be a review of what you’re already well aware… For others, this article may be a real eye-opener!

If your cultural background is anything like mine, the symbol of the pentagram may have been demonized by your culture, and you may be reluctant to include it in your current spiritual practice… But have you ever looked into what the pentagram really represents?
For a long time, I didn’t… At least not until around 2014, when it started popping up everywhere in my spiritual experience!

Overcoming Superstition Around the Pentagram

While I now identify as an “Eclectic Witch,”  I was raised as a member of one of the Abrahamic religions, and my spiritual mentors had very little understanding of sacred geometry… They feared that which they did not understand. This is not to be said of all religious people, but definitely of the particular group with which I was acquainted.

By my definition, “superstition” is what occurs when one allows fear of the unknown to rule their decision making, rather than curiosity… and that’s exactly what I was fed as a child surrounding magick, witchcraft, paganism, and particularly symbols like the pentagram… and not just in the place of worship, either… Overall, most everyone I knew as a child, regardless of their spiritual background, associated the pentacle (the encircled five-pointed star) with “satanism” and “evil”…

As an adult, I’ve chosen to take personal responsibility for my spiritual growth, rather than relying on the teachings of any particular person or organization. In so doing, I’ve learned a plethora of lessons about things I was never allowed to study as a child… One of which is the pentagram.

So, what does the pentagram really mean?

The five-pointed star, like many things, is in fact a totally neutral symbol. It represents nature in general, and the place of the human being in the universe. It is only when specific connotations are applied to the symbol, that it becomes a representation of either “good” or “evil,” and even those polarities are based on individual perspective.

Harnessing the Power of the Five Elements 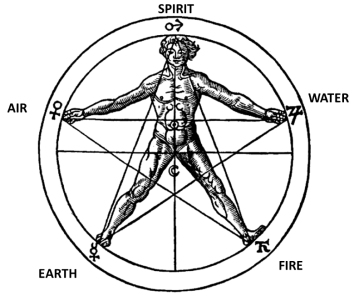 Each point on the star represents one of the four natural elements, earth, air, fire, and water. The fifth point represents the mysterious fifth element, which is spirit, or consciousness. When the spirit is depicted above the four physical elements, this is typically regarded as a symbol of balance and health. When it is shown upside-down (the inverted pentagram), that is where it becomes questionable. It can be a representation of “evil” or “devil worship,” to some, but to me, it generally just depicts illness or perversion of morals in some way.

When the physical elements take priority over the higher knowing of spirit, imbalance occurs. Some magickal practitioners will actually depict the pentagram facing different directions based on the nature of the type of work they are doing… And it isn’t always for what is generally considered to be “bad” magick. For example, the inverted pentagram can be used in workings where revoking bad habits is the intent.

The upward-facing pentagram is generally accepted as the identifying symbol associated with Wicca, but the symbol itself is as old as the hills, and actually has its place in every ancient religion, including Islam and Christianity. It’s been associated with the five pillars of Islam, and the five wounds of Jesus Christ, just to name a few things. It’s really about the symmetry of the number 5 in the universe depicted through sacred geometry. As humans have the gift of free will, as with anything, its all about how we choose to use it.

The Pentagram as a Symbol for Health

For me, the elements have been a wonderful starting point in learning to understand universal law, and my place within it. Without each of the four natural elements, life as we know it would not exist. Without the fifth element of spiritual consciousness, the Universe wouldn’t be able to experience its own magnificence. As I’ve learned better to know myself, as well as connect with nature, the pentagram has revealed itself to me as a symbol of holistic wellness, happiness, and belonging.

While I’ve never consciously used the inverted pentagram in my craft, I can definitely recall times in my life when my energetic pentagram was upside-down, and it wasn’t pretty! In my teens and early twenties, I was full of fear, and was always trying to fix things from the outside, rather than getting to know myself on the inside first. I thought manipulating circumstances would get me by, when in fact, it was the spirit that needed nurturing.

I’m happy to say that I’ve transformed my life since then, and am growing on a conscious level every day! But our spiritual journey does not always develop in a straight line. We experience ebbs and flows, peaks and valleys, just like the tides, the breath, and the seasons. If you happen to notice that you’re feeling unhealthy physically, spiritually, mentally, or emotionally, it’s because something in your life is out of balance. Remember the symbol of the Pentagram, and do some meditation or journaling to ask your higher self what adjustment needs to be made to restore health to your experience.

The Pentagram as a Symbol for Manifestation

In witchcraft, the pentagram is often used as a symbol to represent the completion of a spell. Each of the five elements is needed in order to draw an idea from the realm of imagination to the realm of “real world” manifestation. For example, the idea is air. The desire is water. The drive to make it happen is fire. Gathering the tools needed to create the thing is earth. And you, the master builder, are spirit. When you have some of the elements present, but lack others, that’s when something remains an unfulfilled desire floating around in your head or on your to-do list, without actually getting the energy it needs to become a reality. By bringing all of the elements together and doing what it takes to make your dream a reality, you are completing the puzzle.
By drawing a circle around the star, we create the Pentacle, a symbol of wholeness and completion.
In this little article, we’ve just barely scratched the surface with a basic definition of this loaded symbol. Throughout history, and across many different faiths, this symbol has acquired a rich collection of layers of meaning. I encourage you to do your own research and meditate on the symbol yourself to decide what it means to you and how you might use it to enhance your spiritual development.
As always, we’d love to hear about your experience in the comments! What has this potent symbol meant to you along your journey?
Thank you so much for reading, and until next time
Brightest Blessings!

Using the Sun and Moon as my guide, I’m always learning more about how to plant, tend, and harvest my goals! I’ve used my own unique combination of Elemental Alchemy, Seasonal Manifesting, Shadow Work, Light Work, Tarot, and Journaling to manifest everything I’m now thankful for in my life!

And now, I’ve articulated this method into a formula to share with you!

Download your FREE Guide On How To Manifest With Lunar Energy!

In this short e-book, I’m outlining for you how to harness the energy of each moon phase to plant, tend, and harvest your REAL LIFE goals, and also to ditch any unnecessary baggage you may have picked up along the way.

I’m Afura Nefertiti Fareed, the founder of Alchemy Of Affluence, and I’m teaching spirited starlets like you how to use esoteric laws, occult wisdom and divination to manifest your most enchanted life through witchcraft and self-mastery, all with a chalice of brut rosé hand!

…Because I believe your “fairytale ending” is not a pipe dream, but a premonition of the life you’re meant to have when you step into your magick! 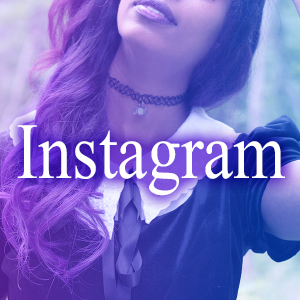